Big Stars to Perform in Singapore for Social Star Awards

To know more about the performers, you can refer to this: 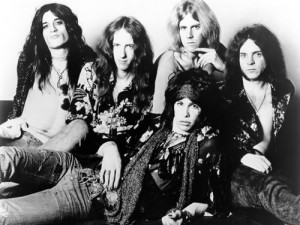 Aerosmith is considered as the America’s Greatest Rock and Roll Band. They were formed in Boston Massachusetts in 1970. Band members include Joe Perry (guitars), Tom Hamilton (bassist), Joey Kramer (drummer), Brad Whitford (guitars) and Steven Tyler (vocalist). Their albums include Aerosmith, Get Your Wings, Toys in the Attic, Rocks, Draw the Line, Night in the Ruts, Rock in a Hard Place, Done with Mirrors, Permanent Vacation, Pump, Get a Grip, Nine Lives, Just Push Play, Honkin on Bobo and Music from Another Dimension. Famous songs are Dream On, Sweet Emotion, Walk this Way, Home Tonight, I Don’t Want to Miss a Thing and many more. Psy is a Korean singer, dancer, composer, producer and TV star. He is known locally for his humour. He became an international hit following his single “Gangnam Style”. He is the first artist to exceed the 1 billion views in YouTube. Ceelo Green is an American singer, composer, rapper, producer and actor. He received five Grammy awards for his works. Blush is a girl group with five members from the Philippines, India, Hong Kong, Japan and South Korea. To date, they released two singles and performed along with various artists like Far East Movement, Justin Beiber, Jessie J and Black Eyed Peas.